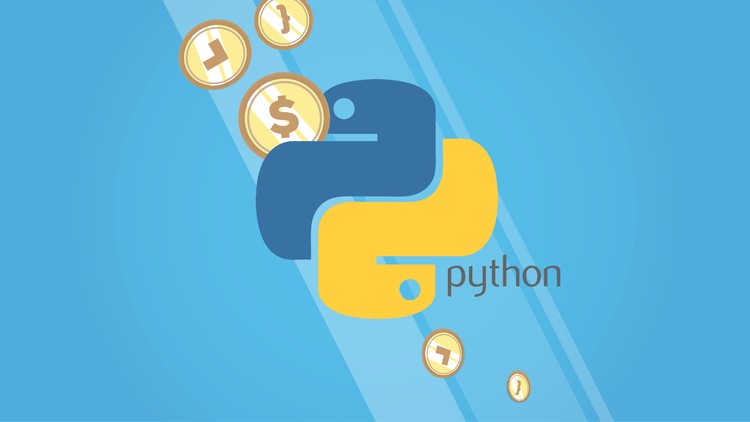 Python Blockchain Coding: The Many different Languages You Need!

Guido van Rossum, a Dutch programmer, created Python back in 1991. Python is based on a simple philosophy: Simplicity and Minimalism. One of the more notable ways that they incorporated simplicity into their language is by using white spaces to signify code blocks instead of curly brackets or keywords. Let’s see what this means.

Compare that to the C++ “hello world” program.

See how less complicated it is in comparison?  How about we do something a little more complicated? Let’s say we are adding two numbers and printing the result.

The output of this program will be:

So, let’s up the ante. How are we going to program an entire blockchain using Python? The following data and code is taken from Gerald Nash’s article in Medium.

We are starting off by importing the hash library to use the SHA 256 hash finctions (quite like Javascript).

Just like before, the block has the same value:

Once against, we are filling up the hash values via a function, same as before.

We have imported datetime to put in the timestamp.

We simply generated the genesis block and manually given it some data to work with. The previous hash value is “0” because it is pointing to no other block.

Creating the rest of the blocks

Now let’s define how the subsequent blocks will be created.

The block index is simple the index of the last block + 1.

The timestamp is the current date and time.

The data of the block is a simple message: “Hey! I’m block <index number>”.

Hash we are calculating using the function we definted earlier.

And ultimately, we are returning all these values to the block.

Firstly, we create the genesis block and give its value to “previous_block”.

Then we determine how many blocks to add, in this example we are going with 15. 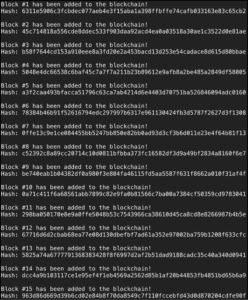 Obviously in both this and the javascript you could add more complicated features like Proof Of Work. If you want to learn how to implement that then it is highly recommended to go through Gerald Nash’s article. But for now, you at least know how to create a simple blockchain in Python.

Next we’ll look at Solidity 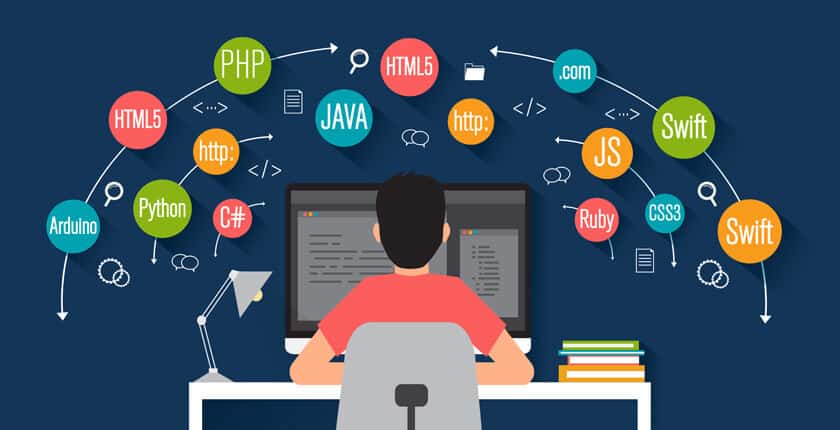 Best Coding Languages to Learn in 2019

Javascript Blockchain Coding: The Many different Languages You Need!