Top 8 Blockchain applications that could help your Small Business

Blockchain has become one of the most widely discussed buzzwords in 2018, but as the year comes to a close we’ve seen more practical business applications not only in the payment industry, but across multiple industries. In fact, the trend suggests that blockchain technology could eventually be more important than the internet. For the time being, however, let’s take look at the 5 blockchain applications that could help your small business:

Perhaps the most well-known blockchain application is being able to send and receive payments. Since blockchain technology has its beginnings in cryptocurrency, this makes sense. But, how exactly is this beneficial for small business owners?

By using blockchain technology, you’re able to transfer funds directly and securely to anyone you want in the world almost instantly and at ultra-low fees. That’s because there aren’t any intermediaries slowing down the transfer of funds between several banks and charging outrageous transaction fees.

This practice is especially useful if you have remote employees or are involved in the global marketplace. Companies like Abra, Bitwage, and Coinpip are leading the charge in using the blockchain to transfer funds or handle payroll.

“Smart contracts” are “self-automated computer programs that can carry out the terms of any contract,” writes Chris DeRose in American Banker. In a nutshell “it is a financial security held in escrow by a network that is routed to recipients based on future events, and computer code.” With “smart contracts” businesses will be able to bypass regulations and “lower the costs for a subset of our most common financial transactions.” Additionally, these contracts will be unbreakable.

Companies like Slock, which is an Ethereum-enabled internet-of-things platform, is already using this application so that customers can rent anything from bicycles to apartments by unlocking a smart lock after both parties agreed on the terms of the contract. Furthermore, global banks are using “smart contracts” to improve the syndicated loan market. One such company that is using blockchains to issue microloans is Synaps.

“Most of the things we buy aren’t made by a single entity, but by a chain of suppliers who sell their components (e.g., graphite for pencils) to a company that assembles and markets the final product.

By utilizing blockchain technology “a company could proactively provide digitally permanent, auditable records that show stakeholders the state of the product at each value-added step.” Provenance, SkuChain and Tradelens by IBM and Maesk are examples of companies attempting to resolve this issue.

Did you know that fraud is estimated to cost the industry around $18.5 billion annually? In other words, that means that for every $3 spent, $1 is going to ad fraud. Because of that, security is a top concern for businesses of all sizes.

With blockchain identity authentication, “the only check performed is whether or not the transaction was signed by the correct private key. It is inferred that whoever has access to the private key is the owner and the exact identity of the owner is deemed irrelevant.”

Blockchain technology can be applied to identity applications in areas like IDs, online account login, E-Residency, passports, and birth certificates. Companies such as ShoCard are using the blockchain to validate an individual’s identity on their mobile device.

Make no mistake about it, the retail industry could benefit in a big way from a more transparent supply chain. However, blockchain can be just as important in helping drive traffic back into its stores. That’s because blockchain is the perfect disruptive technology to make loyalty rewards programs more effective.

Loyalty programs today are highly inefficient. They often rely on coupons, punch cards, or other paper materials, making it easy for fraud or inefficiency to occur. Blockchain technology could change this. It could allow retailers to create or use a digital currency that would be awarded with customer purchases. This currency would only be spendable at locations specified by the retailer, thusly keeping the consumer shopping within its preferred network of stores. Best of all, since blockchain is transparent and immutable, there’s virtually no chance of fraud or waste. IBM is already working on loyalty rewards solutions with startup Loyyal. Gyft Block, which is a partnership between Gyft and bitcoin API developer Chain, issues a digital gift card that can be securely traded on the blockchain’s public ledger.

IBM and Samsung have teamed up for a concept known as ADEPT, or Autonomous Decentralized Peer-to-Peer Telemetry, which uses blockchains “to provide the backbone of the system, utilizing a mix of proof-of-work and proof-of-stake to secure transactions.”

With ADEPT a blockchain would act as a public ledger for a large number of devices. This would eliminate the need of a central hub and would “serve as a bridge between many devices at low cost.” Without the need for a central control system, all of these devicescould communicate with one another autonomously in order to manage software updates, bugs, or manage energy.

Cloud storage will be another application that businesses can take advantage of. Storj, company that’s using the blockchain to provide users with affordable, fast, and secure cloud storage. While talking to VentureBeat Storj founder Shawn Wilkinson said that, “Simply using excess hard drive space, users could store the traditional cloud 300 times over,” much like how you can rent out a room on Airbnb. Wilkinson added, “Considering the world spends $22 billion + on cloud storage alone, this could open a revenue stream for average users, while significantly reducing the cost to store data for companies and personal users.”

Blockchain technology can also be used as a convenient and inexpensive notary service. For instance, apps like Uproov, which is a smartphone multimedia platform, can be notarized instantly after a user creates an image, video, or sound recording. Meanwhile, stampd.io, can actually be used to notarize proof of ownership of digital creation.

Blockchain solutions could also come in particularly handy in the healthcare sector, which has been steadily moving away from paper and toward digital applications for years. In its simplest form, blockchain could store patient records, with the patient possessing the key to determine who gets access to this information. It would be a really nice way of beefing up HIPAA laws protecting patient privacy.

But one of the most intriguing projects underway in the healthcare space with blockchain involves the idea of patients paying for the value of care received rather than the medical processes themselves. The decentralized Robomed Network in Russia and Dubai uses smart contracts to allow patients to pay for the results of their treatments rather than the number of treatments received. It’s an idea that’s gained growing support, despite its complexity, in the United States. As of last year, the Robomed Network had almost 9,000 patients and 30,500 services performed.

The energy sector could also be a prime beneficiary of the blockchain revolution. In particular, blockchain ledgers are the perfect means for executing and recording energy trades, along with resource samples, in a transparent and immutable platform. Energy trades can, with blockchain, settle considerably faster than with traditional trading networks. Meanwhile, blockchain has allowed mining giants like BHP Billiton (NYSE: BHP) to record resource samples on a single ledger, replacing paper and spreadsheets in the process.

Additionally, the transparency of blockchain, and the ability to remove paper from the equation, provides a means of demonstrating compliance to regulators. Instead of inefficient analysis of paper spreadsheets, vast amounts of data can now more easily be analyzed for compliance.

Not to mention, the addition of smart contracts should improve supply chains and help reduce contract disputes since digital contracts are viewed as more legally binding.

Finally, blockchain technology offers the ability to completely revolutionize how copyright laws and royalties are adhered to. Perhaps no industry is a better test case than the music industry, where ownership rights can be overlooked, especially when it comes to digital music downloads. The transparency of blockchain, along with smart contracts, would create a decentralized database that ensures artists maintain their music rights. It would also provide transparent and real-time royalty distributions to musicians.

Qtum, another budding cryptocurrency with a $2 billion market cap and a focus on partnering with major Chinese businesses, announced in January that it had formed a strategic collaboration with Baofeng Bokocloud. This may not be a familiar name in the U.S., but Baofeng’s media player in China, which offers streaming and video services, has more than 200 million active users. Baofeng plans to use Qtum’s blockchain as a means to shore up the copyright protections of artists, as well as to accept payments from users.

These eight business uses for blockchain are simply the tip of the iceberg. In the years to come, expect the experimentation in non-currency uses to really pick up.

This article is a compiled from several articles. 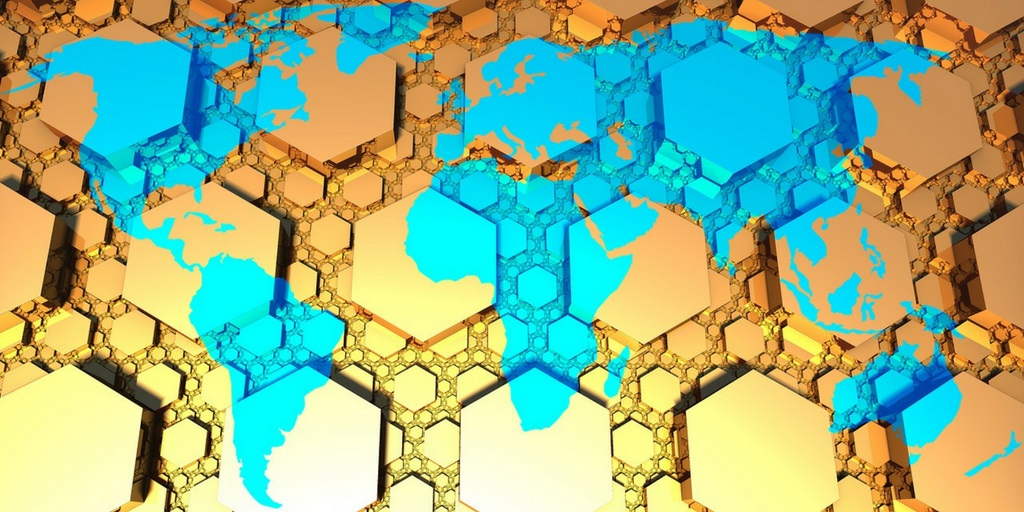